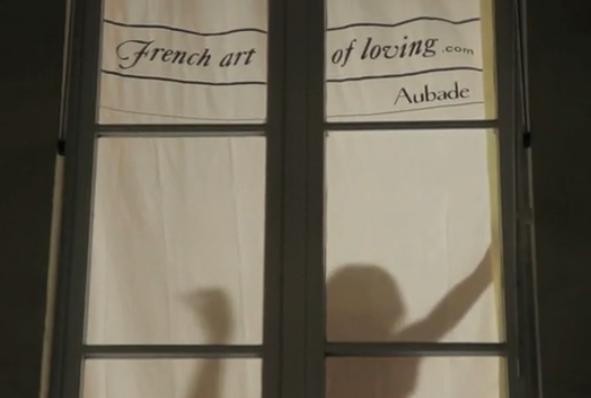 For three weeks, in the evening and in three principal Paris districts, three women made ''the girl next door'' fantasy a reality. Each girl changed her window's flat into an outdoor campaign. The Lesson of Seduction Aubade communication moved with the times while keeping it's DNA : showing women bodies subtly and in black and white campaign. The campaign was about four times per night : people saw a young woman going home and exposing her private life behind the curtains of her appartment. During her show, the woman was behind normal curtains and then finally hired it to reveal the new Aubade website, www.frenchartofloving.com. Then, she continued her show behind the new curtains.