London Ink - reality TV show from The Discovery Channel, has commissioned two giant statues to be build and installed in London for promotion.
The first statue is located near London Bridge and is 46-feet long and 10-feet high. It features a life-like swimmer swimming through the grass. The statue is made out of polystyrene and is hand painted to resemble human flesh.
The second statue is located at Victoria Station. If features a giant woman trying to get into a photo booth. 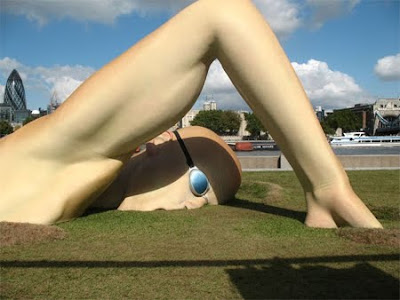 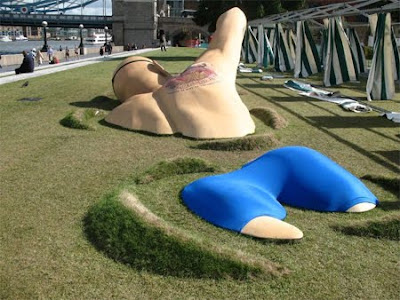 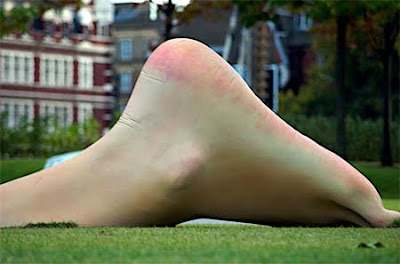 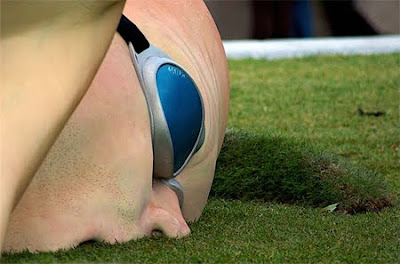 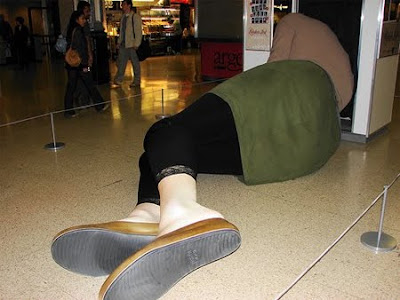